Displays of Affection in Vietnam: How do Viet girls show it?

We all know that displays of affection play a big role in maintaining a healthy relationship.

Show too little, and your partner feels like they aren’t being appreciated.

But how do you know exactly when your Vietnamese partner is being affectionate towards you?

Some men have a difficult time recognizing when their partners are showing affection towards them and as a result don’t reward her good behaviour.

This is especially true when you’re a foreigner dating a Vietnamese girl here in Vietnam.

Compared to dating girls in the west, there are some subtle differences that need to be noted.

On today’s article, we’ll be looking at displays of affection in Vietnam and how Viet girls show it.

When a Vietnamese girl is fond of you, you can expect to receive a daily dose of text or phone calls from her.

What did you do today?

How was your day?

Did you have dinner yet?

She will want to listen to every little minute detail about how your day went. This is a Vietnamese girls way of showing you that she cares about you and is being affectionate.

When she calls or texts, you better make time to talk with her, otherwise, she will feel that you don’t care about her and then relationship drama will soon follow.

Some people may see this as her being clingy and needy, but its a very common way for a Vietnamese girl to show you that she cares about you so take advantage of it, otherwise one day she might stop doing it all together.

Are Touchy-Feely in Private

If you’ve been visiting this site for a while now, then you’ve no doubt learn about how public displays of affection are a huge no-no, with the exception of a couple of things.

See this article here if you need to brush up on what these things are.

Now while she may be more conservative and reserved while out in public for fear of being ostracized by others, in private this is a completely different story.

You can expect her to hug you and hold you quite tightly when your both embracing.

Hand holding is also quite common either when you’re sitting down watching a movie or even lying in bed together.

Kissing is of course very common as well.

One of my girlfriends used to love to always kiss me every time we were alone together.

Now I’m not just talking about a quick peck on the lips either.

These were marathon kissing sessions where she was ready to suck face for several long minutes, maybe even hours if I allowed her to.

Don’t get fooled by a Vietnamese girl’s shy and conservative outer appearance. They can turn into quite the freaks when alone.

Takes Your Arm and Wraps It Around Her

This is another one of a Vietnamese girl’s favourite ways of showing you affection.

When sitting or lying down together, a Viet girl will take your arms and wrap it around her body as if like a blanket.

You may see this one being used either out in public or in private.

I have had several Vietnamese girls that I dated do this with my arms.

One of my girlfriends told me one time that whenever I had my arms around her that I made her feel safe.

Due to the conservative culture, you probably won’t be seeing too many public displays of affection from a Vietnamese girl with the exception of the following things:

The more of these that you see, especially when out in public, the more it tells you how she feels about you and how comfortable she is around you.

No girl will dare to touch you if they aren’t attracted to you, except of course gold diggers and working girls 😆.

I usually try to gauge how attracted a girl is to me by using gentle innocent touches to determine where I stand with them.

If they allow you to linger the touch longer than expected or to even hold hands and whatnot, it means that you’re in.

Bringing You Things to Eat

This is another very common way for a Vietnamese woman to show you affection.

Vietnamese women that like you can’t help but to buy you food to eat, even without you so much as asking her.

More often than not, a girl that I was seeing would bring me over food whenever she stopped by my place.

I’ve had rice, roasted duck, spring rolls with grilled meats on a bed of vermicelli noodles (Bún thịt nướng), dumplings, and desserts brought to me by girls that I was seeing.

Other times, they may even call you ahead of time and ask you if there is anything that you would like for them to buy you to eat.

These are great signs that the girl is a keeper.

Another way for a Vietnamese lady to show you affection is by cooking for you.

Some of them may just bring along a lunchbox the next time they visit you while others will be carrying a whole bag of groceries.

I’ve asked girls that I dated before to cook for me just to test out how loyal and devoted they were to me and guess what, most of them passed the test!

One girl that I was seeing had just gone to the local wet market and brought a bag of fresh prawns, squid and vegetables and then proceeded to cook me dinner and told me to not worry about helping her out, while another brought me a lunchbox that she bought and filled it with pork stuffed tomato in a tangy citrus sauce.

Vietnamese girls are more than happy and proud to show off their cooking and domestic skills if they really care about you.

Don’t forget to tell them how great their cooking is after you’ve tasted their dishes.

Regardless of how good or bad it tastes, you need to reward their good behaviour by complimenting them.

I’ve had girls get really insecure about their cooking skills and then claim that I didn’t like the dish if I only ate a little bit of it. I always had to reassure them that it was not the case at all.

In addition to cooking for you, you may occasionally receive gifts from them.

One of my girlfriends bought me a pillow before because the one that came with my rental was crap and too soft.

She also later on purchased me some gym shorts from her workplace that a work colleague was selling, all without even me asking her to buy it for me.

I had another girl buy me a wallet one time because she noticed that I didn’t carry a wallet around with me in Vietnam.

I don’t carry a wallet on purpose in Vietnam because I find it makes me an easier target for pickpockets to notice but that didn’t stop her from getting me one.

Vietnamese girls typically won’t get you anything unless she cares about you and this is her way of being affectionate towards you.

Helping You With Household Chores

Here’s another classic example of a Vietnamese woman being affectionate towards you.

Often times, my girlfriend would come over to hang out at my place and then suddenly she would disappear into the washroom for a good while only to re-emerge 15-20 minutes later with a broomstick in her hand.

There was another girl that I had gotten back to my place one time and while I was busy cooking dinner, she decided to make herself useful and started to mop my floor, which I found kind of odd and bizarre.

I also had another girl I saw only once that messaged me one day out of the blue asking if I needed help cleaning my new apartment that I had just moved into.

When Vietnamese girls are head over heels in love with a guy, they can’t help but show affection towards them.

Now while they may appear shy and meek on the exterior, especially while out in public, they are masters of showing affection when there are no prying eyes around.

In this article, we looked at affection display in Vietnam and how Vietnamese girls show it to the guy that they like.

Here’s a quick recap of displays of affection in Vietnam and how Viet girls show it:

Looking for signs of affection in your relationship is a great way of gauging the interest level of your Viet lady.

Now while it’s great that your girlfriend is showing you affection, don’t forget to reward her affections by showing her that you appreciate all of the wonderful things she’s doing for you, otherwise don’t be surprised if she stops showing affection towards you later on. 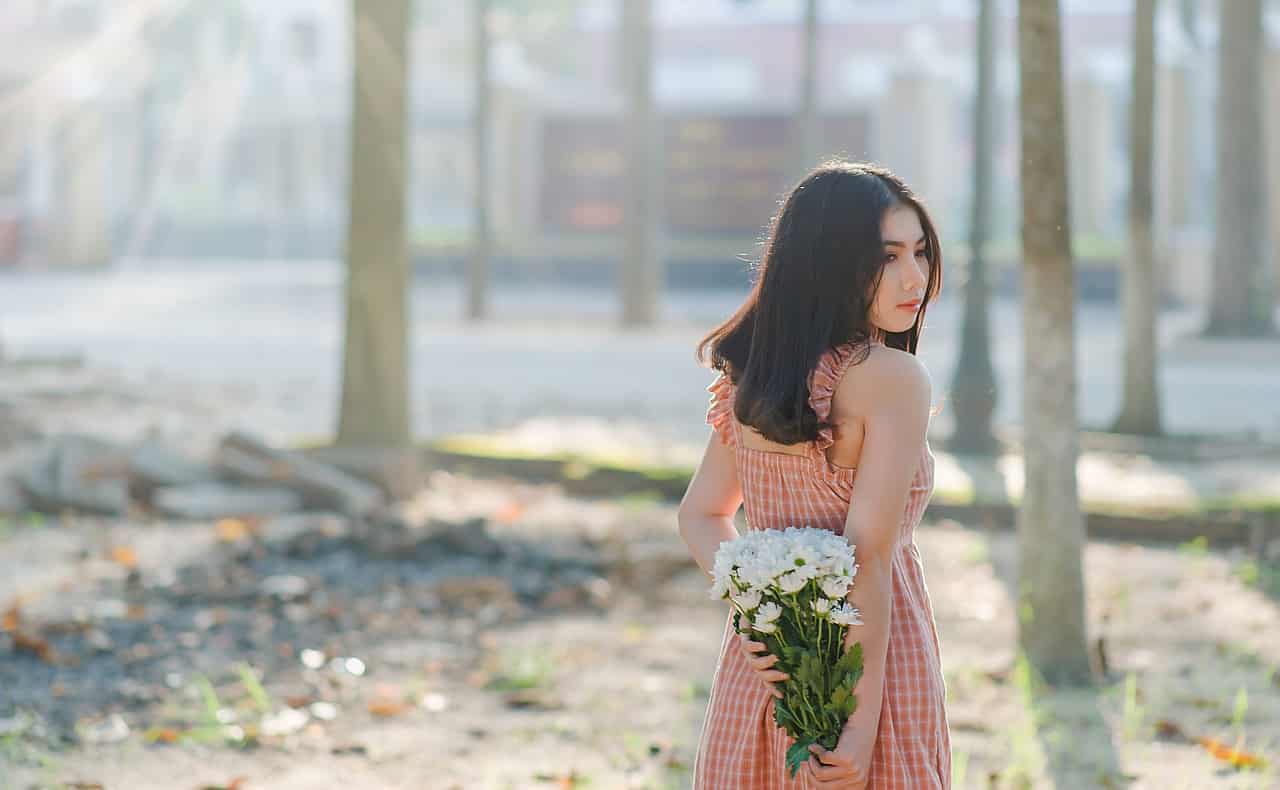 What is Vietnamese Dating Culture Like? A Helpful Guide

the best websites to meet mature Vietnamese singles in Vietnam