I occasionally get emails from guys that tell me how they are getting a lot of looks and attention from Vietnamese women that appeared enthusiastic to meet them and even asked for their numbers, yet when it came time to go out on a date, suddenly she would bailout.

They would be left scratching their heads and wondering what the hell happened?

This used to also happen to me as well with some girls that I met.

They would ask me a tonne of questions, appear to be “interested”, and even ask for my contact information yet I had a difficult time getting them out on a date.

It was frustrating to say the least.

There’s a cool phenomenon that nearly all foreign men experience when they first arrive here in Vietnam, especially if they are venturing outside of the major cities like Ho Chi Minh City or Hanoi.

This phenomenon is none other than attention, and lots of it.

Suddenly wherever they go, they notice that everyone is staring at them and that includes the local women as well.

This makes the guy suddenly feel like a rockstar here in Vietnam.

Whereas people wouldn’t give two hoots about his presence back home, here in Vietnam, he’s being treated differently.

I used to get a lot of looks and stares from people here in Vietnam and I probably still do.

Not looking like your typical Vietnamese guy, coupled with the recent influx of Korean and Japanese men arriving here in Vietnam has a lot of local Vietnamese residents curious about these new visitors.

I remember once instance where I was at the gas station with my uncle, filling up the gas tank of his motorbike when suddenly I spotted an old Vietnamese woman just standing in front of me, with her large pupils gazing at me, while her body remained motionless as if in a trance.

It was a very strange experience for me as I never experienced such a thing before abroad.

For her, it must have been the first time she had ever seen a foreigner before.

Now, although I am Vietnamese, I don’t look like your typical Vietnamese guy living here in Vietnam.

I’m much taller, more muscular, and paler in comparison to local guys, thanks to a good diet, staying out of the shade, and taking good care of my body and health while growing up abroad.

This woman could not peel her eyes away from me, and it was making me quite uncomfortable.

But it didn’t stop there, wherever I went, as long as it was outside of the touristy areas, I would always have admirers glaring at me, including women.

Some of them would even casually strike up conversations with me and it would look like they were attracted to me.

I can imagine the same thing occurring for other men that have just come to Vietnam for the first time.

Now they are getting all of this extra attention that they didn’t previously get.

It gives their egos a nice little boost.

They then go back home and start bragging to all of their friends how they were a huge babe magnet over in Vietnam and how all of the local women couldn’t take their eyes off of them.

But does this extra attention and curiosity translate into attraction?

Curiosity does not always equal attraction.

The problem is, it’s just curiosity and not attraction.

And a lot of guys confuse the two.

And I don’t blame them because some of these signs can oftentimes be easily misinterpreted to mean that she’s interested in them.

So when she suddenly flakes on them on that date or she tells them that she’s too busy to meet up for that coffee, guys get confused.

To make matters worse, when they continue to converse with her on social media, a she still appears enthusiastic and full of energy in their conversations.

So guys feel like they are getting mixed signals from her.

But the reality is that there was never any attraction from her to begin with.

It was all just curiosity!

Let’s put ourselves in their shoes for a minute.

Let’s say, you’ve never traveled abroad before and your only real contact with the outside world has been through TV or the internet.

Now say, one day while going out and about and carrying on your usual routine, suddenly you notice a girl that looks awfully different than what you would typically expect from a local.

The stimuli that your brain is receiving from seeing this new stranger causes your whole body to come to a screeching halt.

You cannot help but gaze at them.

You start recalling all of the instances where you witnessed seeing foreigners on TV.

And now you start becoming curious about them.

What are they doing here in your home country?

Are they just like the people that you saw on TV before?

And if you happen to be brave enough, you might just walk on over there to find out more about them and start asking them a series of questions.

You may even want to become “friends” with them by adding them on social media so that you can brag to all of your friends how you met a foreigner.

I actually had a guy brag on his Facebook wall that he met me here in Vietnam.

He said that I was the first foreigner he even met and talked with.

Now you might think that just because Vietnam receives a lot of tourists and ex-pats that the population has gotten used to having foreigners around but that isn’t the case at all in a lot of places in Vietnam.

In fact, a lot of Vietnamese girls that I have conversed with have told me that I was the first foreign guy that they have ever met before.

So is it really surprising then that a lot of Vietnamese women exhibit signs of curiosity upon meeting a foreign guy for the first time?

But that’s where things stop.

It’s just curiosity and nothing more.

How Do I Tell the Difference Between the Two?

One of the best ways that I have found to see whether or not someone is interested in you is to ask them out on a date and make a move on them.

And it should be made abundantly clear that it’s a date and not just a friendly get together.

This not only helps you avoid the dreaded friend zone but it also quickly weeds out all of the girls that are just curious or looking to parade you around as their new foreigner “friend”.

If they accept your invitation for a date and they allow you to progress the relationship with them then they are interested.

But if on the other hand, they start putting up roadblocks along the way then no they aren’t interested and you should cut your losses.

This is how you quickly weed out all of the girls that are asking you a tonne of questions or are appearing enthusiastic while chatting with you online.

Oh I’m busy this week, maybe some other time.

I would love to but I have a boyfriend already.

She flakes on you the day of the date.

If on the other hand, she agrees and shows up to the date and allows you to flirt with her, hold her hands, kiss her, etc. then you have gotten yourself an interested girl!

You may even flirt with her the day that you met her to see how receptive she is.

Maybe suddenly she starts mentioning a boyfriend and so you can save yourself the hassle of even asking for her number in the first place.

A lot of men get confused between curiosity and attraction when they first arrive here in Vietnam.

All of those blatant stares, the bombardment of questions, and exchange of numbers have the men thinking that they’ve struck gold here.

They think “wow, Vietnamese girls really do love foreigners here, just look at all of this extra attention that I am getting here”.

They then go back home and start telling all of their friends how great Vietnam is for foreign men and then get their friends onto the bandwagon too.

Their friends soon enough, start packing their bags and booking a one-way plane ticket to Vietnam.

But problems soon arise when they try to get the girls out on a date.

Suddenly the excuses start pouring in, or worse yet, the flaking happens.

The men then return home disgruntled.

So the next time you start hearing about how Joe blow that spent 2 weeks here on vacation in Vietnam was getting a tonne of attention from the local women and how they are crazy about foreign men, ask yourself, was it real genuine attraction or was it just curiosity? 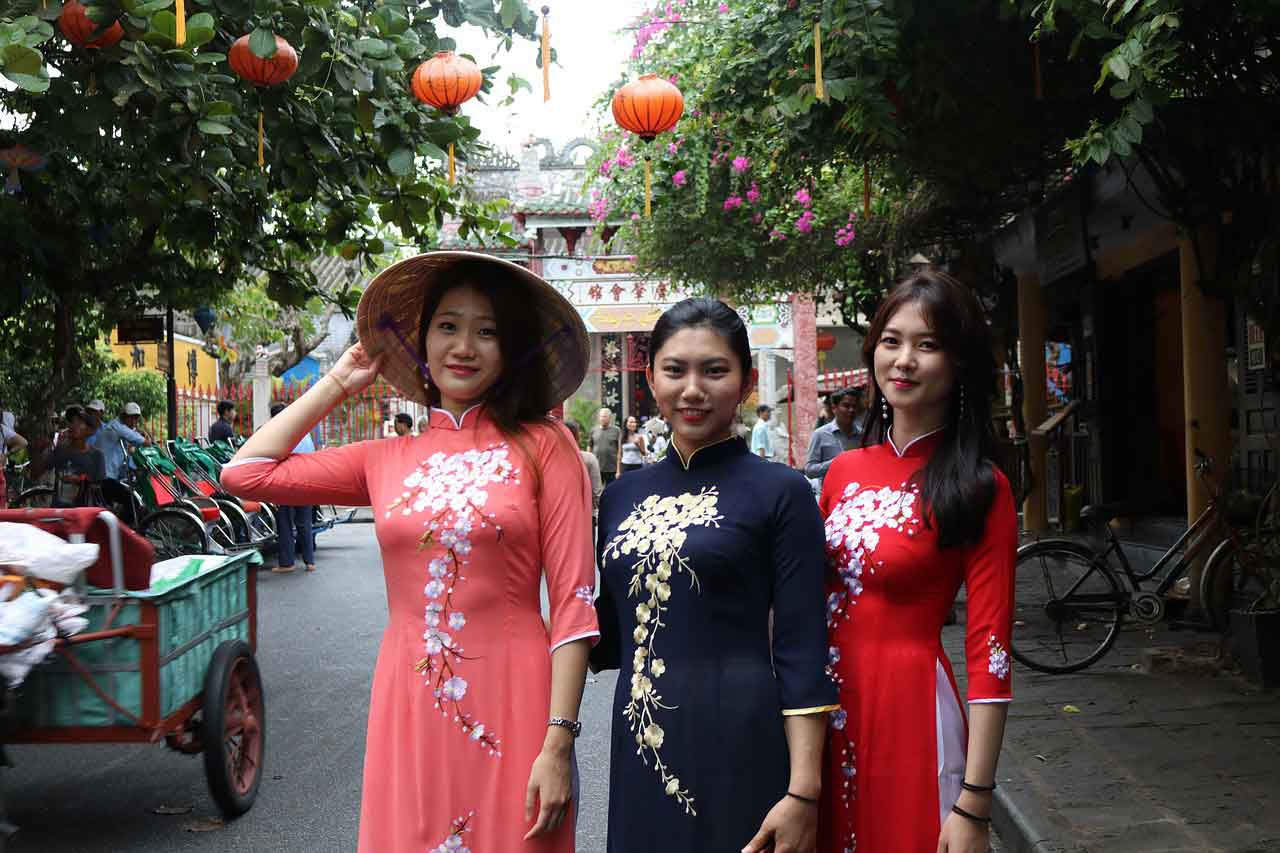 The Most Comprehensive VietnamCupid Review You’ll Ever Read! 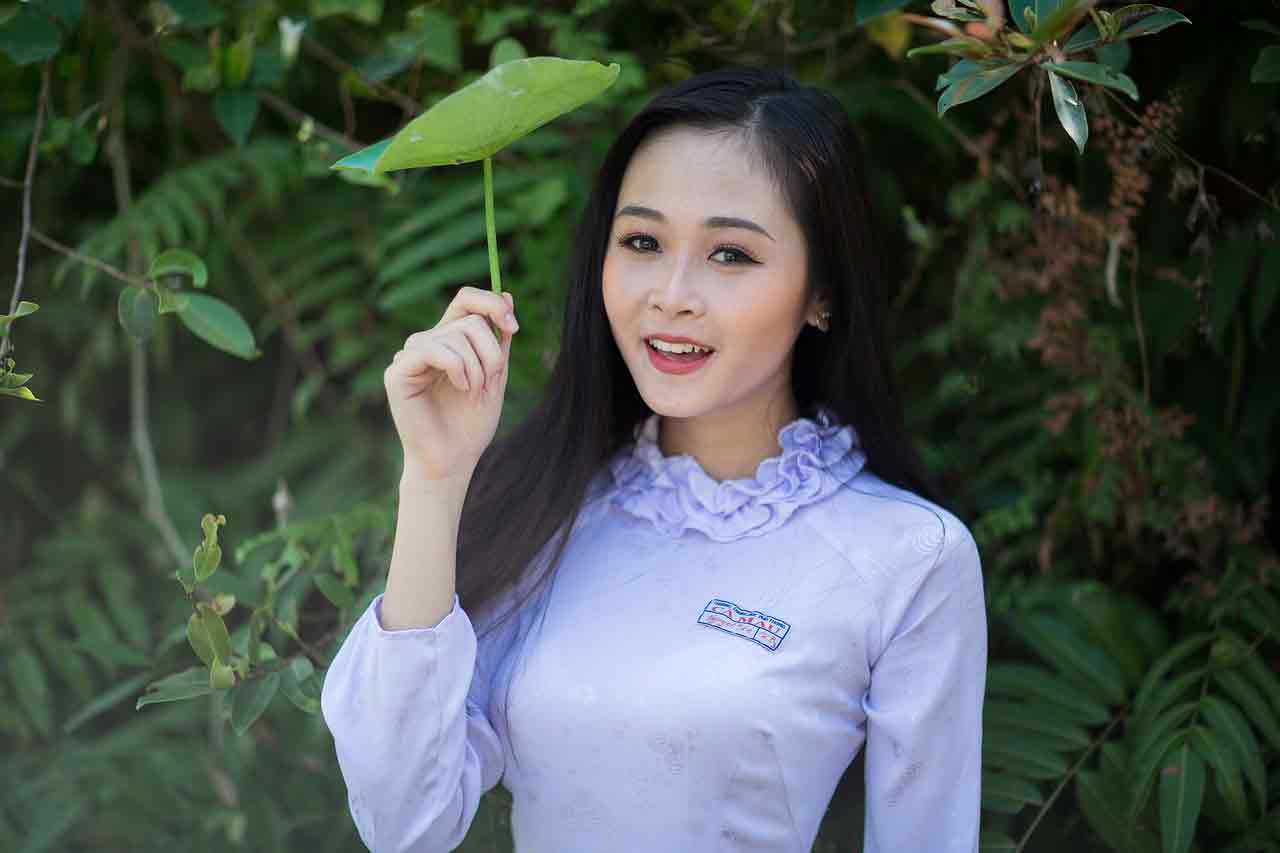 How to Attract a Vietnamese Woman 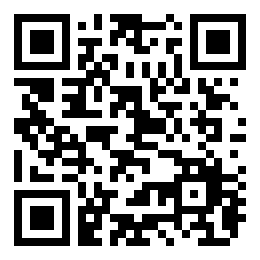 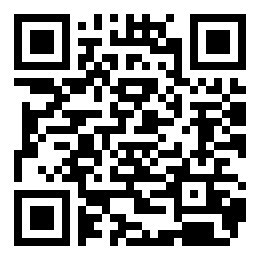