A Vietnam dating scam tale and what to learn from it

This Vietnam dating scam tale takes place in the mid 90s. I was still in school and had my first taste of algebra. Getting with a girl was the least of my worries, instead I needed to get good grades or I had it in for me at home.

But my uncle on the other hand was determined to find love, even if it meant traveling thousands of miles away.

He was your average mid 30s blue collar worker without much schooling nor experience with women.

Since the time I remember first meeting him over here in North America, I never recalled every seeing him with any girls.

And at the time, I didn’t realize how bad the gender ratios were. I was just a boy just struggling to make it out alive in middle school.

In addition, he never seemed quite as smooth at talking with the ladies as my old man did, since my father was always the more social and outgoing one in the family.

But suddenly one day his love life changed for the better, or so he thought.

One of his close colleagues at work, just introduced his wife’s sister to him.

She was a university educated girl from the countryside from what I heard.

I remember seeing a small Polaroid photo of her one time when my uncle came over to visit.

She looked alright I thought at the time, but nothing really special but apparently my uncle thought she was beautiful.

After getting her number and talking with her a few times on the phone, she had managed to get her claws onto him.

One day my father heard from one of my aunts that my uncle had lied to his boss that my grandmother was sick in Vietnam and that he needed to take a month off to take care of her.

So just like that, he bought a plane ticket to Vietnam with the intention of marrying this chick that he knew nothing about.

In his mind, he thought he had found a goldmine.

Young, pretty, educated, and she liked him!

What a great catch right?

My father thought otherwise and chuckled at my uncle’s foolishness.

At that time, my uncle had a falling out with my father, and unfortunately for him, my father wasn’t there to watch his back and set him straight.

But I doubt even if he was there to advise my uncle, his advice would have fallen on deaf ears.

It was too late for him.

He had already been seduced by some chick that he never even saw before (they didn’t have videochat back then).

A month later, he returned back home and announced to everybody in the family that he got married in Vietnam, and was in the process of sponsoring his new wife overseas.

My father shook his head in disbelief at the naivety of my uncle.

All of my relatives could see what was going to happen, except for my uncle.

He was still looking at his new wife through rose colored glasses.

Soon enough, his wife had arrived in North America and the wedding proceeded as planned, along with a big extravagant wedding banquet at a restaurant with an MC, and all of the trimmings. His new wife was also kind enough to demand that he purchase her a giant diamond ring, along with gold as a wedding gift to her.

For that brief period of time in his life, he seemed to be floating on air, and even managed to patch things up with my father.

Now I don’t remember what all the facts were because this happened decades ago, and nobody ever brought it up again with my uncle because of the shame and lost of face he suffered but if I can recall correctly the story went something like this.

Soon after getting married (apparently after she knew she no longer needed to be married to him), his wife started to try and cause trouble at home, always trying to start fights out of thin air. Then one day she just vanished.

My uncle later discovered that she fled over to her sister’s house.

He tried to go over there to look for his wife and beg her to come back home but she would have none of it, and soon demanded a divorce.

After several more attempts at trying to get back together with her without any luck, he was forced to get a divorce with her.

She didn’t even return the diamond ring he bought her nor the gifts.

Instead, she walked off scott free and was granted a divorce, along with having him support her for several more years, and citizenship!

My uncle on the other hand was forever a broken man, never to give love another chance again.

What Did He Do Wrong?

Now let’s go back and analyze what exactly he did to screw up so badly.

When your desperate for female attention like some hungry starved animal that hasn’t eaten in days, you tend to do highly irrational things like go and get eloped on a whim with a complete stranger despite all of the warning signs being present. He was way too thirsty and desperate.

When your planning on marrying and especially if you intend on sponsoring them over to your country via a spousal visa of some sort, you really need to make damn sure that they don’t have baggage or other nasty surprises waiting in the closet.

The last thing you want is for some lover or child to suddenly pop into the picture right after you got married and she’s now living in your home. Also she or her family could be up to their knees in debt, hoping you’d now share the burden of their financial problems. A girl that is so willing to marry you in a whim like that, most likely has some sort of ulterior motive. In addition, he was planning on marrying and sponsoring a girl from a country known for having dating scams. Caution was completely thrown out the window.

Sometimes despite what we may think, our close relatives and family members do have our best interests at heart. They may be able to see or hear things that we aren’t able to due to our clouded judgement and fixation on a particular girl. I myself also experienced this my first time coming to Vietnam and got nearly seduced by a conniving Vietnamese girl with excellent game. Luckily, my aunt was quick to snap me out of her trance and lay it to me straight.

Every guy always wants a 10 that is youthful, educated, and conservative, yet you have to honestly ask yourself whether or not your sexual market value (SMV) also matches hers? When your going abroad to look for a wife or girlfriend from a poorer country, you can usually do a bit better then back home, however that doesn’t mean that you can start hooking up with supermodels or actresses just because your a foreigner. If your a fat slob, making a middle class income, and you lack game, you’d be delusional to start thinking that you can start bagging yourself dime pieces. It just doesn’t work like that in life.

He didn’t screen his wife

Learning how to screen a girl properly is extremely important if your looking at settling down with her at some future point in time. Just because someone introduces some girl to you doesn’t mean she’s a good girlfriend/wife candidate. You still need to screen the girl properly. Its about having standards and seeing whether or not she fits the bill.

Sometimes those people that we think that are our friends are in fact one of our greatest enemies. I learnt this lesson a few years back after I had a falling out with someone who I considered my best friend since childhood. Before listening and following the advise of your colleagues/friends/etc, think long and hard about whether or not what they are advising you is really in your best interests. In the case of my uncle, they saw a fool that could be easily manipulated and taken advantage of to get his wife’s sister a green card abroad.

He became a pawn to his wife and her family’s long thought out plan to get her citizenship abroad. He wasn’t the brightest cookie out there and his lack of experience with women only made things worse for him when it came to the game.

Their well thought out elaborate plan included: finding some naive thirsty sucker, seducing him and quickly marrying him, while extracting as much resources from him as possible. Once the marriage was done, look for a way to get a divorce while still being allowed to remain there and getting alimony.

Look I get it, I’ve lived in a crap hole before where the ratio of males to females was completely out of whacked and the men were complete doormats, and loved to ass kick females, further raising the value of females and making dating even more harder for all guys.

As men, we all yearn for some female companionship.

We were programmed this way and can’t fight it.

However, before diving head first into a pool full of sharks, we need to think long and hard what are the consequences of our actions and whether or not there is a better way of getting what we want out of life. There’s simply no excuse for being this thirsty.

Now in order to ensure that you don’t up the same way as my uncle did, Here are some Vietnam dating scam prevention tips:

Despite Vietnam developing rapidly, there are still an abundance of poverty rampant throughout the country. This has lead a certain percentage of the girls developing malicious intent on scamming naive foreigners for financial gain.

In this article, we looked at how my uncle became a victim in a Vietnam dating scam and what you could learn from his mistakes so that the same fate doesn’t await you.

In addition, I discussed several different dating scam prevention tips such as holding off on marrying a girl right away, doing background checks on her, being cautious about dealing with girls that fall head over heels in love with you at first sight, and to never mention money when dealing with girls, among other things.

Hopefully you were able to learn a thing or two from my uncle’s mistakes that ruined his life.

The thought of even dating nowadays sends a cold chill down his spine.

Let me know in the comments below what sort of dating scams in Vietnam that you encountered yourself. 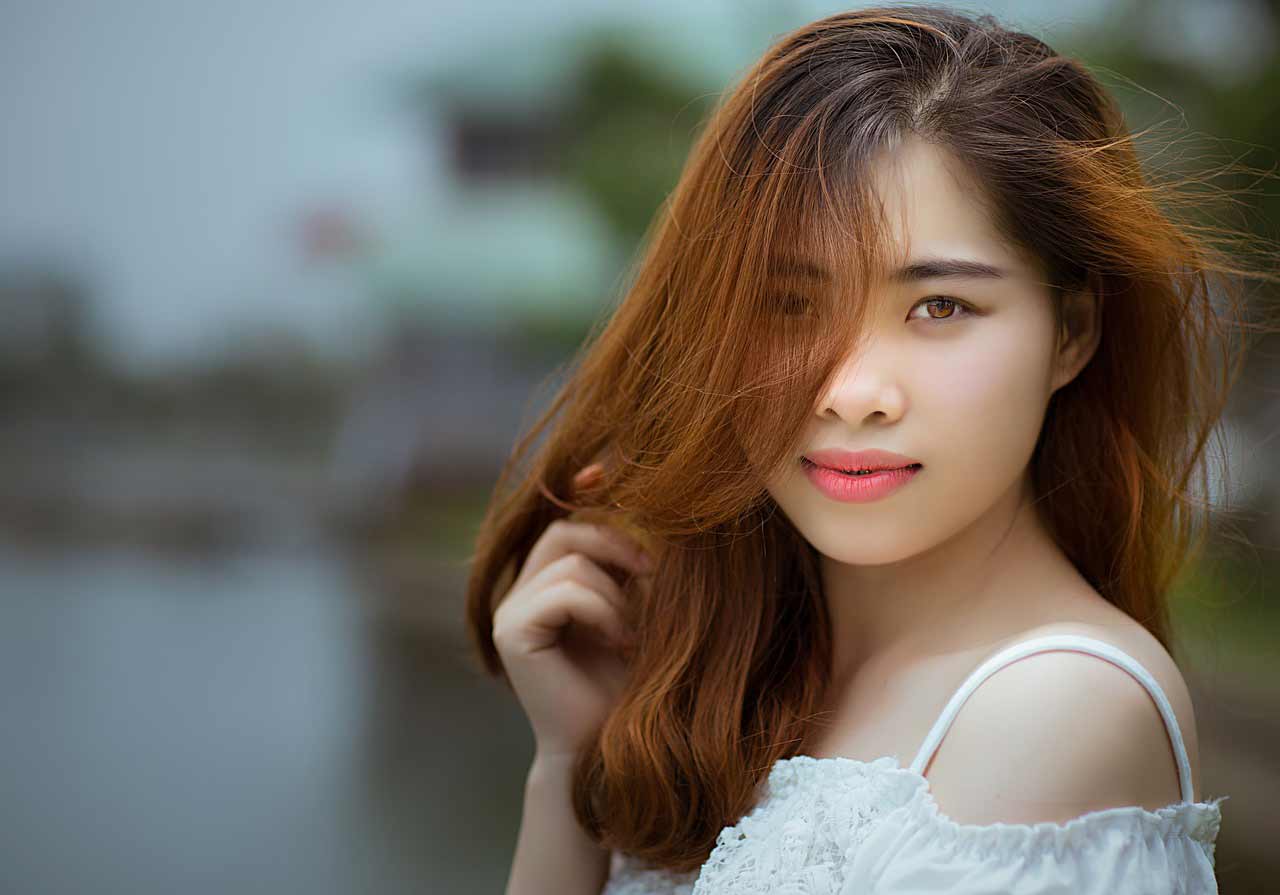 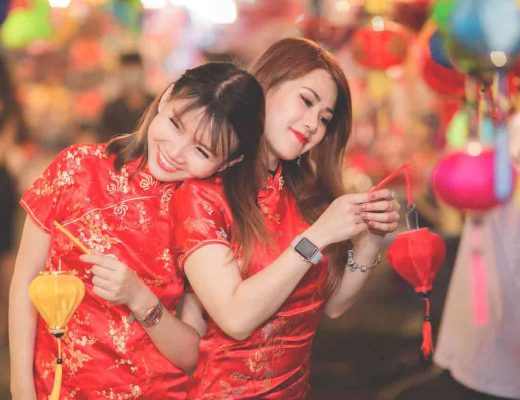 Vietnamese vs chinese girls in vietnam: who should you date? 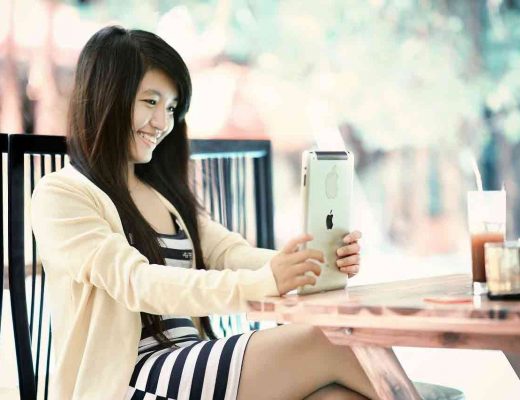