Should You Date a Vietnamese Girl? Everything You Need to Know

When I first arrived in Vietnam, 2 years ago, my senses became instantly overwhelmed. There was a shit tonne of people roaming about, motorbikes driving everywhere, and loud obnoxious car horns honking and people yelling out on the streets. However, in a split second, my focus shifted and my eyes became fixated on a beautiful Vietnamese girl as she walked passed me.

Her beautiful pale skin, long silky smooth hair, and that amazing incredible traditional dress that she was wearing made her look like something out of a TV commercial. I was quickly enamored with her, but then my eyes caught another girl just as beautiful as her, and then another and another. I was in heaven!

I knew instantly right there on the spot that I had made the right decision to come to Vietnam.

So should you consider dating a Vietnamese girl? Absolutely yes! and here’s why:

Getting Shortchanged in the West

There’s a reason why men are flocking to foreign countries in doves or just giving up on dating completely (ie. MGTOW). Due to the insatiable first of the local men there, they are completely and utterly spoiling the women, causing them to continue demanding more and more from men. This coupled with unfavorable dating ratios is a complete recipe for disaster.

This pandemic has quickly spread all across North America and most of Western Europe like cancer. The women there have lost touch with their femininity and the local men have become castrated, no longer exhibiting even an ounce of what once resembled a spine. Therefore, women that exhibit poor and disrespectful behavior while dating are left unchecked. Instead, the men prefer to beg and gravel for just a sliver of attention.

The worse part of all of this is if by some miracle you find a guy with an ounce of courage to try and set the woman straight for her bad behavior, a mob of men are ready to attack him and defend her “honor” like brainless zombies, just for the mere fact that she’s a woman.

The thought process in these men’s heads is that a woman can do no wrong.

Therefore a woman’s status has been elevated to that of a god nowadays in the west.

As a result, western women now have the ability to command men like soldiers in an army. Ready and willing to do her every bidding while she becomes more and more enchanted by her newfound powers.

Meanwhile, she becomes more and more spoiled, only demanding the best from men while offering very little in return herself. If your living in the West and you don’t want to deal with these women then your dating life is pretty much screwed.

Luckily, there is hope.

These are the typical words one can use to describe Vietnamese girls, unlike western women who try to hide their femininity by trying to mimic guys by being loud and crass, domineering, and not putting any effort into their appearance.

Vietnamese girls, on the other hand, take great pride in exhibiting their femininity. They are ladylike in demeanor and mannerism and expect you as a man to take the lead and act like a man, which is what nature intended in the first place.

If there was a contest right now on femininity, Vietnamese girls would run circles around western women.

Unlike your typical western woman, who has let herself go after years of self-indulging on fast food and fatty diets filled to the brim with calories and having lost all aspects of self-control, your typical Vietnamese girl is slim and takes good care of her body.

In south-east Asia, Vietnamese girls are considered by many to be the most beautiful out of all the women in the region and there’s a lot of truth to that. Great fashion sense, coupled with beautiful pale skin, silky smooth hair, and generous body proportions give them the edge. Prior to coming to Vietnam, I did not even know that Asian girls were this well endowed!

At the 2018 Miss Universe, Vietnam placed in the top 5 in the world! How’s that for beauty?

I cannot count the number of times where I had witnessed a Vietnamese girl that I had over at my place helping me clean my place without me even prompting her. It feels strange compared to the west, where the women are lazy and entitled, expecting the man to take care of everything.

Even when I was preparing dinner for both of us to eat, my date would ask me frequently whether or not I needed help. When dinner was over, she rushed over to do the dishes and helped clean up the place. Compare this to a date with a western chick, who’s busy sitting on her ass watching Netflix or texting on her phone to her girlfriends about the latest gossip regarding the Kardashians.

On multiple instances, I have had women bring me over food or even cook for me, without me even asking them to.

Compared to western women, I’m treated like a king!

Most Vietnamese girls want to get married and settled down early in life. They don’t put their own careers and aspirations before starting a family unlike Western women, who are selfish and over-entitled.

4. Have Realistic Standards When It Comes to Men

The average western chick nowadays expects her suitors to be making at least six figures, be over 6 foot tall, look like a model, be charming and funny, and also own a house and car. They want it all! Meanwhile, what do the men get in return? An average looking chick at best or worse, a fatty who can’t put that Bic Mac down and get off her ass and go exercise. This is combined with an atrocious attitude and entitlement issues, always bitching and complaining about everything.

Meanwhile, your average Vietnamese chick just expects you to treat her well and with respect. If you help around the house, then your golden and deemed a great catch by many. One of the girls that I am seeing right now has told me that I treat her well and take good care of her. When I asked her to clarify this, she said because I cooked for her. In reality, I only cooked for her twice during the entire period that we have been dating so far.

They appreciate simple gestures you make for them, rather than western women who just expect you to do it because they are a female.

Vietnamese girls care a lot less about superficial looks compared to western women as well. There is no need to be a certain height or to look like a model. If you’ve been living in Vietnam for a while, you’ll actually notice that oftentimes a lot of the cute girls have boyfriends that look like ogres. Compare this to the west, where its the opposite. You’ll find good looking guys with overweight women wearing t-shirts and sweat pants. The women there are definitely punching way above their league.

Drinking and smoking is a rampant problem in Vietnam. Nearly every guy partakes in these activities while most girls don’t. Just the mere fact that you don’t drink nor smoke already elevates your status in the eyes of Vietnamese girls.

This one’s pretty obvious, but Asians tend to age a lot better than your typical western chick. All those years of binge drinking, partying, and tanning out in the sun leaves most western chicks looking like a shriveled up overripe mango that’s nearing its expiration date by the age of 30.

Asians on the other hand still retain their youthful looks well past the age of 40. Most Vietnamese girls turn into Milfs in their 40s and still look pretty hot.

I don’t know about you, but I would prefer to still want to be sleeping with my wife when she’s in her 40s.

You’re getting a much better investment on your return than with a western chick.

None of this independent feminist bull crap. Back when women were still women, they loved to be led. Well here’s the thing, they still do, at least Vietnamese girls in Vietnam that is.

You will find that this applies to the country girl all the way up to the 9-5 career-oriented woman here in Vietnam. I was dating an accountant who was a manager at some firm here in Vietnam. While she’s at work, she’s a fearsome manager that can easily can anyone that looked at her the wrong way. But as soon as she comes over, she is completely submissive and is always looking towards me for direction and following my lead everywhere we go.

I would argue that even the most career-oriented woman here in Vietnam are more submissive than your average western woman. If you’re a walking mangina and prefer to be lead and told what to do, then great, stick with a western woman. But if you’re looking to embrace your masculine core and be a man, then you my friend need a nice sweet Vietnamese girl.

If you’re still pondering the idea of whether or not this is too good to be true, then I’m here to tell that it’s not. It is a very real possibility. All you need to really do is get your ass down to Vietnam right now and start enjoying the company of real feminine women who won’t take you granted and will appreciate you for you.

One Caveat: Don’t get confused with Vietnamese girls living in Vietnam versus their westernized counterparts living abroad. They are completely different and actually have more in common with western women than their Asian counterparts in Vietnam. I’ll make another post about that at a later date.

Now that you know all about the exotic pleasures of why you should date a Vietnamese girl, why not find out where to start meeting Vietnamese girls today?

Check out these two articles to learn about the best places to meet Vietnamese girls here in Vietnam.

The Best Dating Apps In Vietnam For Meeting Vietnamese Girls

The Most Comprehensive VietnamCupid Review You’ll Ever Read! 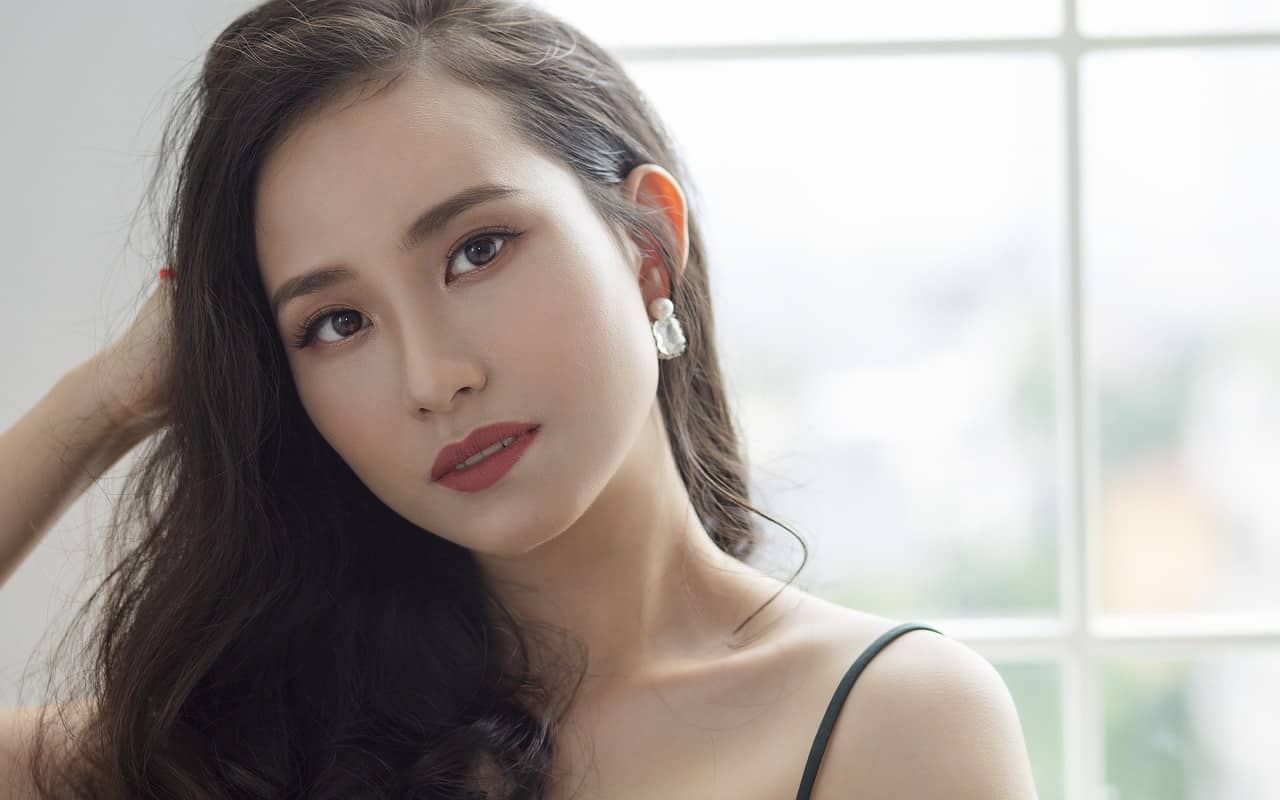 How to Tell If a Vietnamese Girl Likes You Instantly!